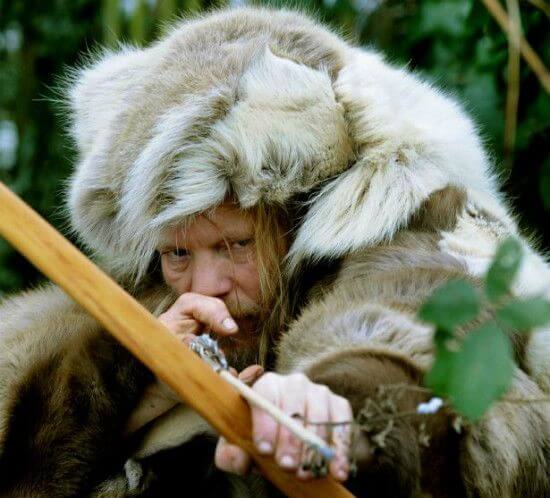 As far back as 300,000 years ago in the middle paleolithic era we saw the Homo neanderthalensis and Homo sapiens emerge. These early humans were hunter gatherer’s and so a daily hunt for food was a way of life. It is said they were extremely good at hunting mammoth, this would have been a collective effort involving hours of tracking, sprinting with spears and other weapons, leaping, jumping and throwing things at the beast, wrestling with it and eventually overpowering and outwitting it and then hacking it to pieces small enough for consumption.

Lots of hard work in short bursts of high intensities often day in day out. Some hunts would have been successful, some would not have been, but the same amount of energy would have had to be put into each and every chase. In between mammoth hunting trips early humans would have added finds from their food forragaes which could involve hours upon hours roaming around looking for edible matter, climbing over rocks and through woodland.

And when food wasn’t being sourced early humans would be working to make hand tools, build fire, make and construct shelter. Life was pretty physically grueling, most early humans had a life expectancy of about 30. In evolutionary terms we haven’t changed much from those days. Our DNA is the same and so with the event of the industrial revolution we have found a modern way of life that doesnt quite match our genome.

It all started with a man called Robert Owen in 1817 he had formulated the goal of the eight-hour day and coined the slogan Eight hours labour, Eight hours recreation, Eight hours rest. It seems like a rather nice life balance doesnt it? But if you consider that over the ensuing 196 years our 8 hours have become less and less physically laborious as technologies have become more and more advanced then you begin to see how we dont quite match what we are built for physically.

Our inactivity of course leads to the modern diseases we see so today; obesity, type II diabetes, back pain, some cancers, allergies, depression, etc….But what I find so startling is what people think an active lifestyle is and this is what I am hoping detailing the above will demonstrate.

Here is your day: You wake and move around, perhaps pacing fast but not running in order to get the kids off to school and get yourself to work for about 90mins. You sit for 8 hours moving your fingers. Sometimes you walk for 4 mins to a lift to a canteen where you sit (more) and eat. Sometimes you walk to the loo, this is about a 30sec walk each way. The you navigate traffic/buses whilst sitting (more) and perhaps moving your arms on your steering wheel. You come home and walk around the house doing chores, these can be quite demanding if you are lugging bags of washing up and down the stairs but otherwise involve moving objects around your home without sweating or attaining a heart rate high enough to get you into your aerobic training zone. You sit (more) and eat then you sit (more) and watch TV. Then you lie down in bed to sleep. Rinse and repeat for 80 years.

Sometimes you go to the gym. At the gym you work your body to the intensity it was meant to be worked (although not the manner it was intended if you use fixed resistance machines etc……another post!) You do this for 60mins, 2-3 x week. This is not a lot of exercise, this is a tiny percentage of your daily life spent moving your body at the right level. There are 168 hours in a week. Early humans would be physically active for about 90 of them, its what we’re built for. If you move for 2-3 hours a week it is no way near enough for longevity and good health. If you move for 5-6 hours its still not enough. You need to move for at least 15 hours a week, it doesnt have to be gym work, in fact proponents of the paleolithic movement have some good guidelines;