How healthy are our leaders? 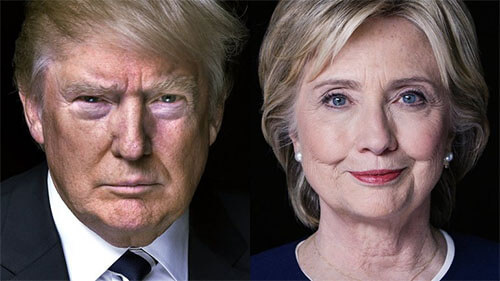 Politics is full of promises, some are kept and others are not. But when a politician makes a promise you want him/her to be around for their term to see it through. Right? So what if the potential leader of a country is not in good health?

David Cameron at 43 became the youngest prime minister of our country in 200 years, and if we take BMI (body mass index) as an indicator of how much care someone pays to their health its clear to see he was a healthy investment for the nation.

Over the pond the picture is less clear; 2 candidates twice Cameron’s age are battling it out for premiership. What’s catching the media attention is Clinton’s recent diagnosis of bacterial pneumonia; and rightly so because despite her campaign’s attempts to debunk any fear the condition can become nasty. People over 65 with a weakened immune system are prone to the bacteria causing the infection. Yes the antibiotics can clear it up, but if her immune system was this weak to start with then how sure can we be about her general state of health. She already takes blood thinning medications for a blood clot that was found in her head 3 years ago whilst only 65 years old.

On the other hand we see Trump cherry picking medical reports to show the media, typical of his subversive manner, whilst joking about needing to loose a few pounds. A FEW POUNDS ? Clinically he is OBESE at 121kg and 181cm tall!

At 70 years old this makes it firstly much harder to loose the weight but secondly, and perhaps more importantly, it means that at the stage of life where the body is in a state of decline one really has to ask whether putting so much extra pressure on his internal organs is wise….usually wisdom comes with age, but with Trump we’ve seen enough to not put the words in the same sentence I think!

How healthy are our leaders?