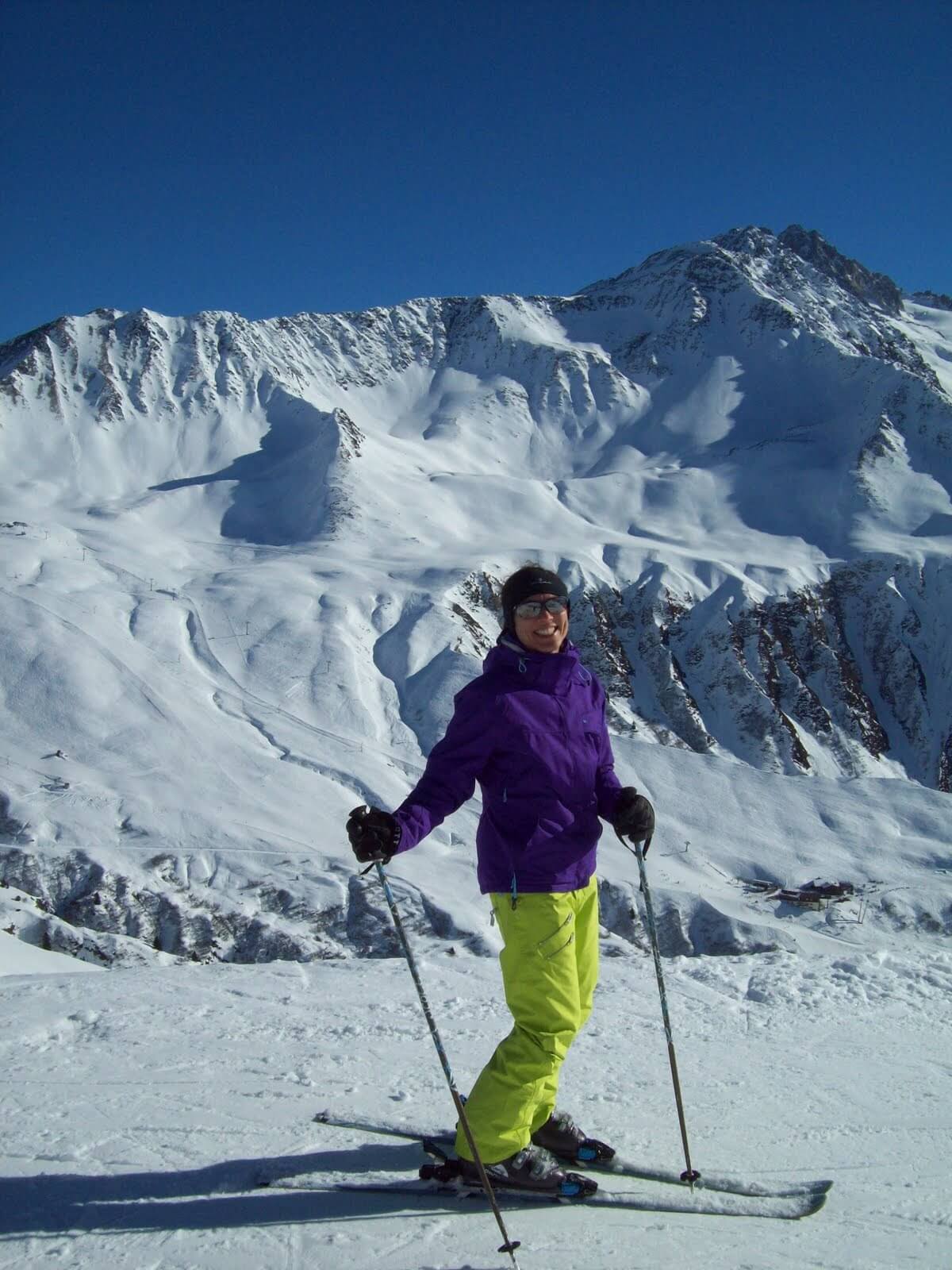 I have a heightened sense of personal space. I know about this, have done for a while, I’m ok with it. I pretty much always accommodate for it in my day to day…but skiing I have noticed does not allow for this. It puts me, as a beginner, in a mild state of panic when I hear the crunch and swish of some competent snow gliding colourful cloth wearing thermal base layering born in an igloo type lines me up to for a glamorous and slick double shimmy and leg bend overtake in a majestic swoop and curve…damn him for being so fine and perfect…why doesn’t he realise I need the entire width of the piste to maintain a vertical posture and complete silence please.

Snowboarders although carrying the most offensive tag to most skiers just by their very being, to me provide a slightly…marginally…less annoying existence. As a snowboarder carves the piste he makes more of a scraping noise. You know it’s going to be a teenage boy or a middle aged man usually, neither group I seem to find a problem speaking my mind to, and that he will either be completely masterful and just an annoying tw*t or so past it you feel sorry for him anyway so feel like leaving him alone to cope with hair loss and middle aged spread is bad enough without exacerbating his misery.

Due to the difference in the approaching scrape noise pitch I can calibrate my internal “annoyometer”. A skier of the aforementioned proficiency scores highly enough to get me to stop in my unbalanced tracks and wait for him to pass in the manner of someone who is so vexed they cannot even muster the words to communicate that. Oh but he knows…I throw such a steely glare and pose stridently across the piste until he passes, ashamedly, that only someone with no sense of personal space who was so oblivious enough to me as to enjoy the beautiful sunny snow filled mountains couldn’t pick up on that aggressive body language.

The snowboarder receives a slightly different handling. Firstly as previously identified he will be at a disadvantage in life so to be so harsh seems unfair. And secondly it’s not his fault he choose that outfit, it seemed fashionable in the darkly illuminated shop where the bass was so fat he couldn’t feel his own heartbeat.
In these displays of piste disregard I try and simply carve around his random tracks sometimes it works, sometimes I have to completely change my planned turn, which affects my course enough to wobble me enough to get my knickers in monumental twist until either I or he give each other the death stare or fall over laughing.

As for lift queue etiquette or general orientation and traversing around resorts with huge bits of heavy moulded plastic to one’s feet it would seem that no-one adheres to normal social conduct and gliding into a complete stranger is perfectly acceptable. As are body parts that need airing/warming/deblistering or wageling along with general acceptance of erratic movement.

Apart from all of the above, I’m not quite sure what I expected, I mean what exactly is normal about flying down the side of a mountain on bits of carbon fibre dressed in colourful and ill-fitting clothing (note the camel toe, both male and female) with gay abandon to what is often a very demanding serious and responsible daily existence?