How HIIT training can combat ageing 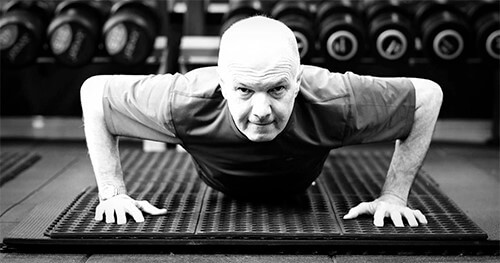 The physiological age of our body may be quite different from our numerical age; you’ve seen it in your friends everyone is a similar age and yet some look like they are 10 years older or younger than others. Some of this comes down to genetics but a lot of it can be attributed to the way we lead our lives.

What we put in our bodies and what we put our bodies through, makes a difference to what is called our cellular age. This is the age that your cells operate as despite your actual age and the regulation of calcium influences it. During a HIIT session chemical channels in muscle cells alter their calcium regulation making them more efficient; similar to how they did when the cells (and you) were younger. This is seen even in the 65-80 year old age group.

A HIIT session is purported to be more beneficial to cellular ageing than resistance training alone even though many HIIT sessions involved weights it is not necessarily that which promotes this benefit.

Preventing cellular ageing can make them more resistant to stress and inflammation and increase longevity. Psychological factors may be at hand here too as part of adapting a more active lifestyle will mean that you tend to choose better foods, sleep better and drink less alcohol so the gains can be across the board.

To perform a HIIT session you simply need to incorporate a blast of high intensity working out with a period of less intense exercise and cycle the exercise types for the duration of the session. Often the workouts will fatigue you quickly and may only be 30 minutes long. When you start this kind of training it may be that you can only manage 5-10mins to start with and that is fine! Just weave this type of session in gradually and build up to it over time….after all your going to be around for longer!

Ever wondered what kind of workouts we do? Well the answer is we do all of the workouts we ask you to do! Otherwise how would we know what to ask of you and where the difficult sections were and how to coach you through and design a balanced program?

This Brighton personal training session is designed for intermediates. It should take you about 45mins and some of the exercises use a weight (ball, kettlebell or dumbell), you should be able to perform this at home, in a park or your gym.

The session is split into 3 x 15 minute sections. Each section contains 5 exercises. You should aim to complete each exercise 10 times each side (ie split jacks) or 20 time if using both sides of your body together (ie a box jump). You must not rest between exercises and when you get to the end of the first 5 you rest for up to 60 seconds before repeating 4 more times. That will be the end of the first section and you may rest for up to 3 minutes before repeating the same format for the second and third section.

This is a fast paced session, each exercise must be performed with the focus on form, power and speed with the goal of keeping your heart rate as high as you can for as long as you can whilst maintaining form.

The explosive exercises (tucks, jacks, jumps, squats and thrusts) are very important to make sure you are really jumping/pushing hard and fast in combination. These are the plyometric sections of the workout and improve the power capacity of your muscles in a slightly different way to some of the pure strength based ones.

This workout can be repeated as often as you like. Remember not to train on sore muscles. You will develop lean muscle and burn excess fat very effectively training like this, but remember even as personal trainers doing these sessions we don’t rely on just one type of training and we mix these sessions up with running in Brighton and Hove, pure strength training and training specifically for the sports we play and recommend that you do the same. Watch this blog for more training sessions.

Click on the photo below for a link to a bigger image you can print out if you like.

Let us know how it goes….any questions, get in touch. 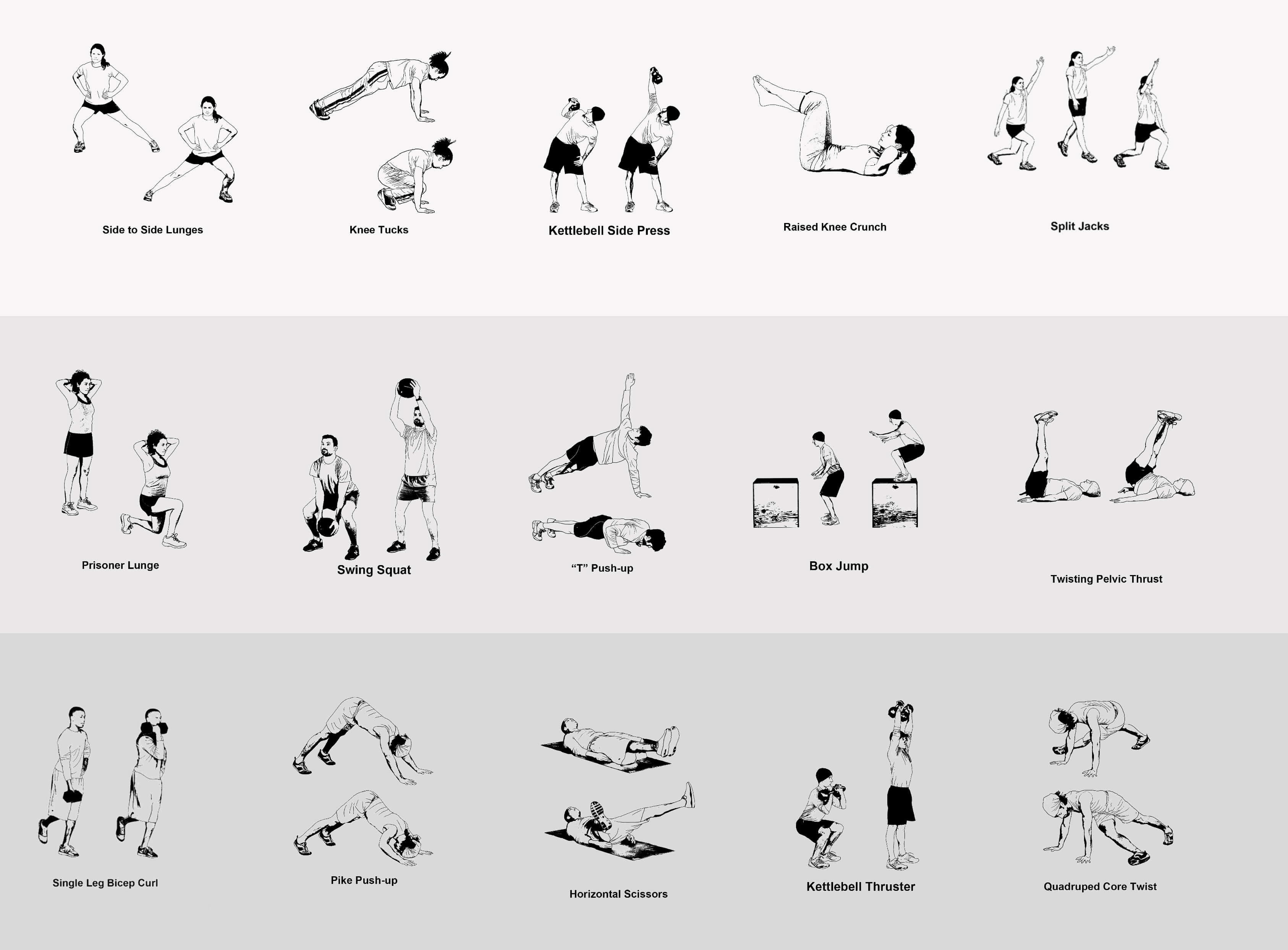 In my humble opinion yoga alone doesn’t cut it……

Firstly let us assume that we are talking about the people, women predominantly, who want to lose some weight-perhaps as much as a couple of stone. Next let’s assume that they go to one or two yoga classes a week but otherwise don’t do much in the way of physical activity.

Is this you? Do you drive the kids to school before driving yourself to work where you spend most of the day sitting (i.e not expending calories nor using muscles) before reversing the process and finishing up on the sofa each evening?

Of the 168 hours per week, if you are anything like the nations average you probably sleep for 49 of those hours leaving 119, sit behind a desk for 56 more leaving 63, watch TV and/or sit in front of the computer at home for 24.5 leaving 38.5 hours, drive your car for around 14 more leaving 24.5 hours.

If you read my last post you will know that being active for a minimum of 21 hours a week is a good starting point in order to begin chipping away at musculoskeletal and metabolic change. So you have the time its just that somehow you only find a poultry 2 of those 24.5 hours to exercise!

If you spent those 2 hours doing 6 x 20min HIIT (high intensity interval training) sessions per week you could almost be forgiven because at least you would be using the time you were able to find intelligently. But yoga? Seriously, this should be an addition not your sole pursuit. Yes it can facilitate introspection, steady and calm you, no it won’t burn off 2 stone of adipose tissue on your bum and thighs “like Madonna and Sting” And the reason is that it isn’t physically challenging enough.

Now if you overhauled your kitchen cupboards and stopped eating anything that came out of a packet, contained more than 20% fat by calorific volume and enough to boost your metabolism out of its sluggish state AS WELL as spent 24.5hours a week doing yoga then you could expect to see some of the changes you want.

The yogis who sell what they preach will often practice for hours and hours each day, they eat a clean pure well balanced diet devoid of preservatives and additives generally, often they won’t drink alcohol or meat and they drink plenty of water. Their cortisol levels are usually healthy as their day to day stresses are well managed, they wont binge and select low GI and low fat foods.

The actual yoga practice when done at high intensity with great form in most of the styles can be tough but the average overweight female in a UK yoga class isn’t this person and their class probably wont even get them into their aerobic training zone. Added to which there are very many repeated muscle group recruitments in some of these classes at the beginning level.

As a final warning spinal compression, torsion and hyper extension at both lumbar and cervical level seems crazy to us fitness professionals-who take a joint health approach-but there’s who whole nother can of worms to discuss next time….